You want to buy Tezos? 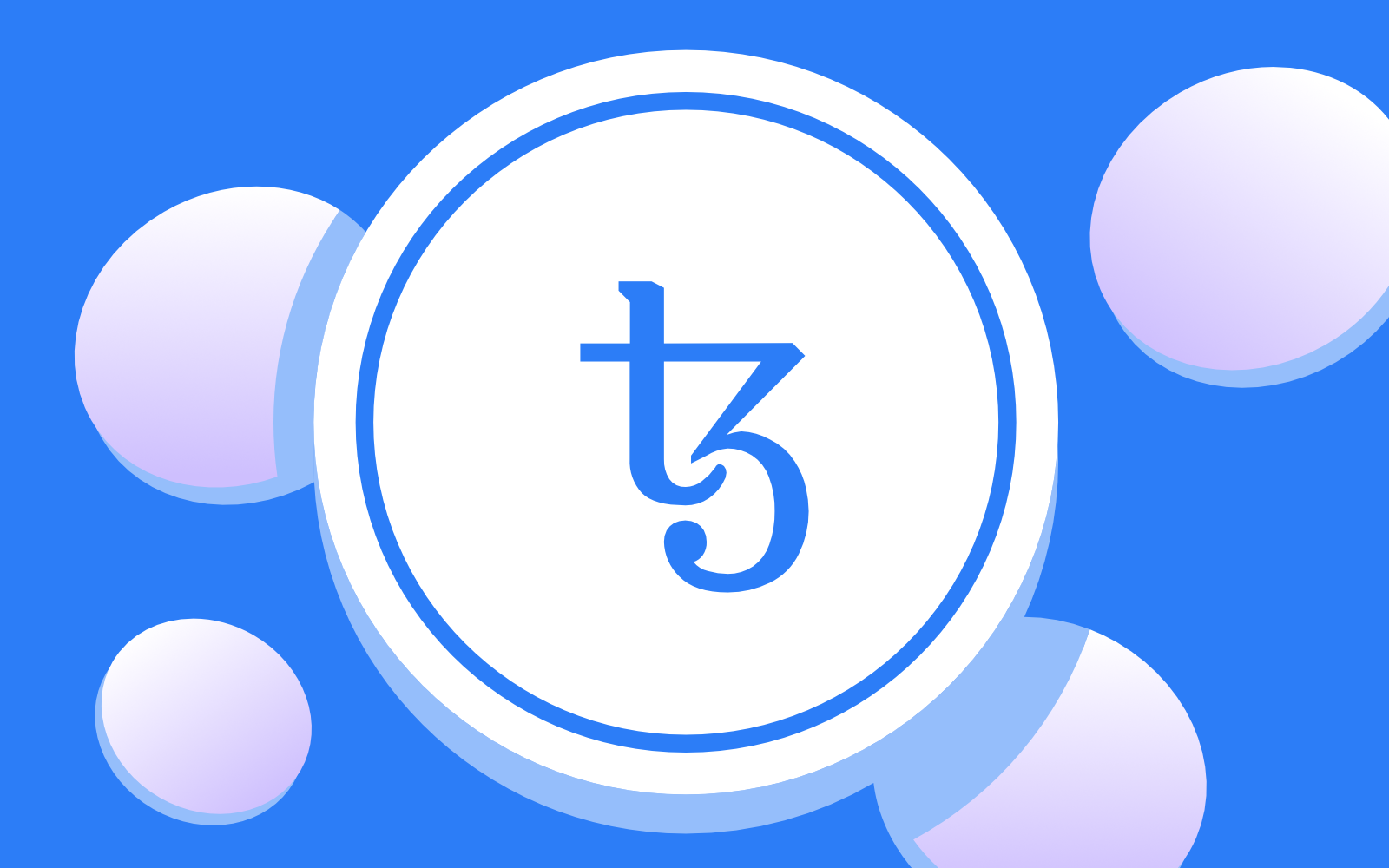 There is a lot of misinformation and hype around cryptocurrencies, so much so that it can be hard to make informed decisions about which cryptocurrency is worth investing in.

It doesn’t take much digging to find a pit of hype and misinformation around the cryptocurrency Tezos. Perhaps most worryingly are the claims that the name Tezos is ancient Greek for ‘Smart Contract’.  The term smart contract was coined in the 1980s while the ancient greeks roamed the planet in 1500 BC! While Smart contracts are at the core of Tezos’ philosophy, it’s probably wise to take this claim with a heavy (very heavy) pinch of salt. So with the made up Greek words aside, what actually is Tezos?

Put in simple terms, Tezos is a blockchain network that enables the use of so-called smart contracts for transactions. In this sense, Tezos is a competitor to more commonly cryptocurrencies such as Ethereum or Cardano. Tezos was funded through a highly-successful ICO in July 2017 and launched in 2018.

But, given the vast competition between smart contract platforms, what makes Tezos special?

One of the most important selling points of Tezos is its governance. People love cryptocurrency because investors and users have say over how they want the blockchain to look, perform and develop. This sounds great, in theory.

The Issue with Forks

In reality, if a cryptocurrency is to be developed or improved then it requires a fork. This isn’t the kind of fork you use to eat your dinner with, instead it describes the technical process that is necessary to make changes to a cryptocurrency. There are two types of forks: a soft fork and a hard fork.

A soft fork means that even without the update, the cryptocurrency will still be functional: the whole range of functionalities may not be available but in the most of fundamental of terms, it will still fulfil its purpose.

With a hard fork, it is not so simple. If a cryptocurrency implements a hard fork, all those who do not hop on to the updated version will not be able to interact with the new system whatsoever.

Forks enable cryptocurrencies to evolve – which isn’t something that should be condemned or avoided, especially in such a progressive and reactive industry like cryptocurrency. However, if you’ll pardon the pun, forks have become a bit of a forking pain!

Community consensus has always been central to cryptocurrency philosophy, users are essentially creating the platform they want to use. Hard Forks have, historically, created a lot of animosity and disagreement which is contradictory to the community that cryptocurrency aimed to celebrate. So Tezos strives to avoid hard forks at all costs. But how?

Firstly, only a significant investor can vote or propose changes to the Tezos code. Tezos playfully dubs their significant investors as ‘bakers’, which means they have over 8000 XTZ, also referred to as a ‘roll’. The blockchain goes through a 4-stage process in order to arrange any potential changes.

The first stage is a proposal period, where bakers can submit their ideas of how the blockchain could be improved, amended, debugged or upgraded. Other bakers then have the opportunity to vote on the proposals. Only the proposals that achieve a super majority, which involves 80% of the votes being in favour of the proposal, go on to the third stage.

The next stage is a testing period. The successful proposals are put through their paces for 48 hours on a temporary fork. This short period allows bakers to observe if the changes work and if they are beneficial.

Finally, after the temporary fork, bakers get a further opportunity to vote on whether the changes will be implemented on a permanent basis. Once again, in order for the changes to be implemented, a super-majority must be reached.

This governance means that regular maintenance can remain decentralised.

The super-majority that is required twice in order to implement any changes prevents the forks splitting and irritating the community. The changes are implemented as a ‘hot swap’ so there isn’t the opportunity to opt out of the changes that prove most agreeable.

Tezos also vastly differs from many other cryptocurrencies when it comes to securing the network through the so called mining process.

The most common one utilised by Bitcoin, Litecoin, and Monero to name a few, is called proof of work (often acronymised to POW). The POW system ensures that the transaction-approval process is rooted in accuracy and trust. However, this system requires a lot of computational power. This means that a large majority of miners are either wealthy individuals or corporations, or people that live in countries with the cheapest electricity. The system is not as equal and decentralised as hoped.

Due to this downfall, many newer cryptocurrencies moved toward a ‘proof of stake’ system, often called, unsurprisingly, a POS system. Used by Cardano, Stellar and Dash, this system involves users offering their coins as a stake for the transactions they are validating.

Put simply, if the miners believe a transaction is valid, then they bet their currency on their calculations being correct. In everyday terms, it’s the equivalent of saying ‘I bet you £50 that there are 43 blueberries in that pot’ when you’ve already counted them. It wouldn’t be worth your while to rush the process and risk inaccuracy because you would also be risking your hard-earned cash.

Despite its benefits over POW, this system still involves the whole community so if the number of transactions spikes then this could overwhelm the community and result in slower transaction speeds.

Enter Liquid Proof of Stake. Tezos implements a liquid democracy model in its mining process. Firstly, in order to have the opportunity to mine Tezos, you must be prepared to stake a certain amount of your own XTZ. Those who stake their XTZ are called Bakers. Bakers have block-publishing rights and they can bake a block (validate a block of transactions, in plain terms), which will then be further validated by 32 other bakers picked at random. Bakers have the option to delegate their baking rights if they do not have the time or intention to bake themselves.

This is akin to a system called Delegated Proof of Stake, as used by EOS and Cardano. However, with Tezos, any baker can have baking rights delegated to them, and Bakers don’t have to delegate their rights, they can simply not partake.

This liquid democracy is not just helpful for the mining process but also in the governance process that we discussed earlier. It means that the Bakers that simply do not have the time to vote on new policies or upgrades have the option to delegate their voting privileges to other bakers. If the person you have delegated your vote to finds themselves hiking in the Himalayan mountains without access to the internet, then they can delegate their own vote, along with the votes delegated to them to someone else who, hopefully, isn’t also halfway up a mountain. This process is called transivity. What’s more, if the person you’ve delegated your vote to casts it in a manner or direction that you do not agree with, you have time and opportunity to simply take back your vote and cast it how you want.

Smart contracts have taken the cryptocurrency industry by storm. They ensure transactions can be immutable and reliable. A smart contract is basically a piece of code that ensures that if one part of the contract is fulfilled, the other part will be automatically enacted too. Kind of like a vending machine, but not just for Mars Bars and Pringles. But as anyone who has tried to use a vending machine will tell you, even a smart contract may encounter inaccuracies, errors and issues.

To try and limit the issues that could cause a smart contract to falter, Tezos decided to build their protocol on a security-focussed language called Ocaml. Ocaml is renowned for its security and has been used by Facebook and Bloomberg, which speaks volumes. The smart contracts are written in Michelson, a language developed by Tezos that also aims to be easier to check for inaccuracies.

Despite its security benefits, Tezos’ language choices are not particularly revered in practice, as many developers prefer to stick to the comfort of Javascript, Solidity or C++.

How to buy Tezos

So, Tezos sounds like a sound and interesting investment for you and you can't wait to get your (digital) hands on it?

Well, stay calm and don't rush into it. Because before you go ahead and buy Tezos from the next best exchange – or even worse, a random guy on Craigslist – you should consider a couple of important factors:

Cryptoradar helps you cut through the clutter by providing you a compact overview of marketplaces that let you invest in Tezos.

Just like with banks, you need to open an account at a cryptocurrency exchange when you want to invest in Tezos. Unlike banks, this process is usually quite a bit simpler as it doesn't require you to personally go to the next branch to get upselled on a lot of stuff you don't need.

With cryptocurrency exchanges, you simply enter your personal details on their website, upload your identity documents (or video chat with a service agent) and you're good to go.

At last, you can go ahead and buy Tezos either via an instant payment method (e.g. credit cards, Skrill, etc.) or via bank transfer. Keep in mind that if you pay with bank transfer, you will usually be required to send money a couple of days in advance of your purchase, as it takes some time for the payment to settle.

After finalising the purchase, Tezos will be credited to your wallet on the exchange. The exchange will safeguard your investment on behalf of you. However, you can also choose to send Tezos to a wallet that you manage. To learn more about this, make sure to check out our cryptocurrency wallet guide.

Tezos garnered an incredible amount of early attention when its initial coin offering raised over $232 million. Even billionaire investor Tim Draper was an active backer of the ICO. However, there were bumps along the way. Amid controversy, lawsuits and claims of fraud, Tezos may not have found such success if it didn’t have such promise.

What’s most exciting about Tezos is its potential, which is basically immeasurable. With the capability to keep evolving without sacrificing or upsetting its community, Tezos could keep on improving way beyond what you might predict or imagine.

Tezos is an open-source blockchain network which is widely viewed as an alternative to Ethereum. Tezos was designed by Arthur Breitman, a former Goldman Sachs analyst. Along with his wife, Kathleen, Breitman founded Dynamic Ledger Solutions in 2015 to support the project’s development.
The Tezos blockchain is most often used as a platform for NFTs (non-fungible tokens). The design of the blockchain emphasises security and adaptability, and it offers smart-contracts with the accuracy necessary to secure high-value uses.

Tezos uses a form of proof-of-stake consensus mechanism, as opposed to the proof-of-work system favoured by Bitcoin. You might see the particular type of Proof-of-Stake referred to as Liquid Proof of Stake, or LPOS. Network nodes which validate the stake are known as ‘bakers’, in Tezos parlance.
The way that the blockchain is governed means that upgrade proposals can go through once they’ve received a favourable vote, which allows Tezos (in theory) to avoid some of the hard-forking that’s affected other altcoins.