You want to buy Polkadot?

Beginner's Guide: What is Polkadot?

Polkadot was developed by two former Ethereum executives, Gavin Wood and Jutta Steiner, which is a fairly good indicator of potential and quality. After 4 years in the making, Polkadot launched in May 2020, and by September it had earned a place in the top 10 cryptocurrencies in the world. 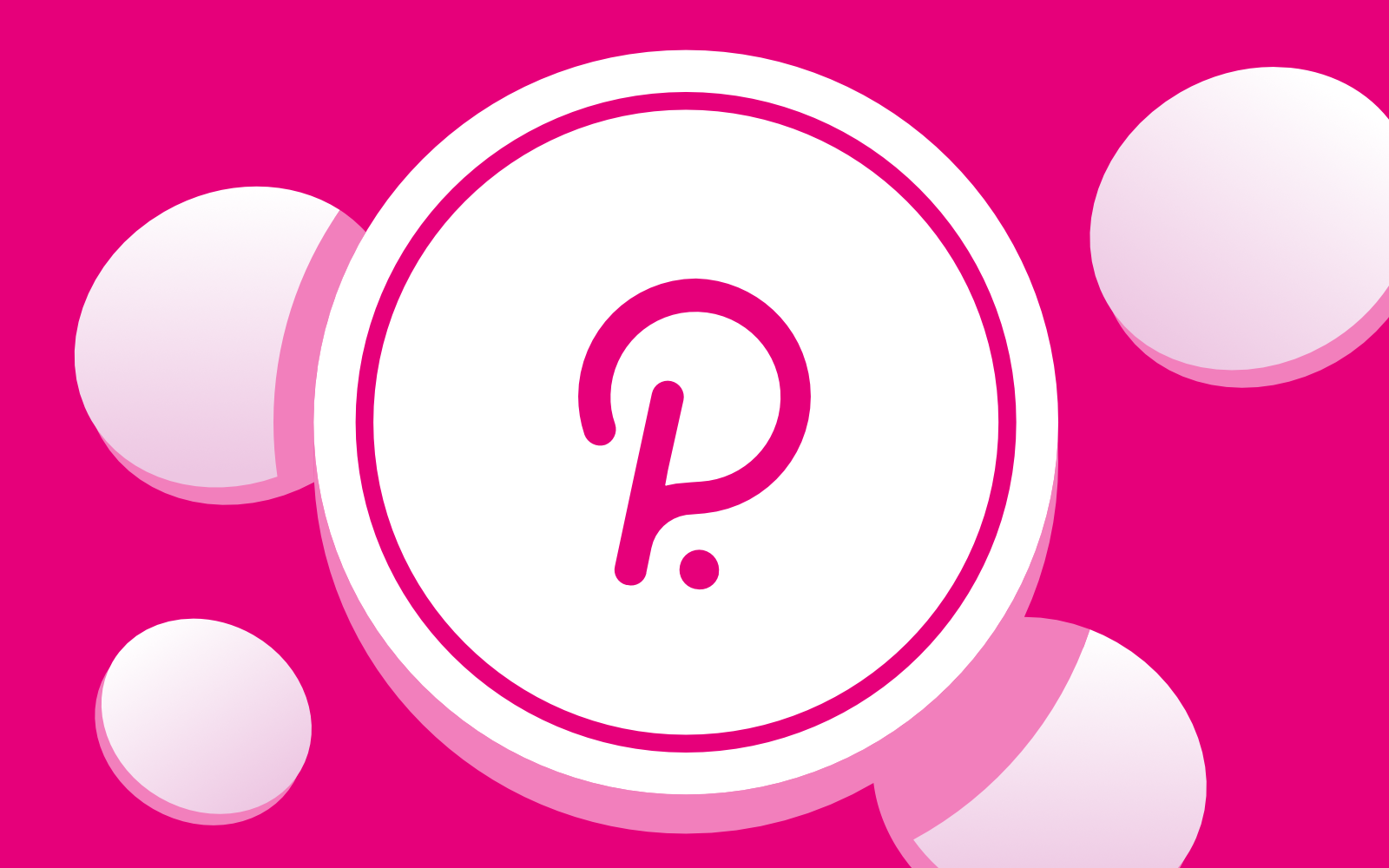 Like many of these cryptocurrencies, Polkadot utilises every crypto-buzzword there is. But what do they actually mean and how does Polkadot differ from the many other cryptocurrencies on the market?

There are so many cryptocurrencies to choose from. While there are clear front-runners in the industry, there are now 100s that have high potential. While it is incredible that the industry has grown so quickly and so relentlessly, it’s easy to forget that this holds some problems of its own. We often hear about cryptocurrencies being set up to solve a problem we face in the sovereign world, like safety or security. However, Polkadot is striving to solve a problem in the crypto world: interoperability.

It might be helpful to think of every cryptocurrency like its own mini world, a planet just like the one we’re on right now: Earth (most probably…). Life’s pretty good here on earth. For the most part, we have everything we need, we can certainly survive and we have plenty of extra luxuries. However, in recent decades we’ve realised our world isn’t the only world. Beyond our atmosphere, there are all these other worlds and planets that could offer us more choices, more materials and more potential. There might even be different life forms or societies out there! But unfortunately, interacting with those other planets is tricky, costly, time consuming and dangerous.

Similarly, cross-cryptocurrency communication can be incredibly tricky. If someone is conducting a transaction that involves more than one cryptocurrency, it almost always needs to involve a central exchange. This involves further time and admin. Plus, using an exchange requires a centralised system, which makes it risky.

It’s arguably even worse in cryptocurrency worlds. In crypto worlds, those other planets are not always millions of miles away, but instead they might be your next-door neighbour, your favourite Pizza takeaway or even your best friend. Whoever they are, if you’re invested in different cryptocurrency worlds, then transactions and communications will be tricky. The ability for cryptocurrencies to interact and cooperate with each other is called interoperability. Interoperability allows cryptocurrencies to work together as if they are just different countries and currencies, not different worlds.

Interoperability for the Internet 3.0

Polkadot boasts some of the most promising interoperability that cryptocurrency currently has to offer. Polkadot aims to be a layer 0 solution. It will sit below cryptocurrencies like Bitcoin and Ethereum to seamlessly connect all the blockchains together. When this is achieved, cryptocurrency has the potential to be the next generation of the internet. This is what is often dubbed as Internet 3.0. Internet 3.0 would be much like the internet we use today, but it would be more secure, more collaborative and, crucially, decentralised.

So far, Polkadot interacts well with Ethereum and Ethereum DApps, and there are further projects in the pipeline to create bridges between Polkadot, Ethereum and Bitcoin. Interoperability is vital for cryptocurrency’s mainstream success. While some people invest in cryptocurrency for the sake of the investment, many want to trade with it regularly. Even those who only want the investment should value interoperability as it will allow them to follow the cryptocurrency market trends and easily trade currencies accordingly.

Every cryptocurrency has a certain feature or niche that they like to shout about. For Ethereum this was smart contracts; for Tezos this was governance; for Cardano this was scalability; for Polkadot it is their blockchain. For anyone that knows anything about cryptocurrencies, blockchain is pretty fundamental to cryptocurrency, so how can Polkadot’s be so special?

Firstly, Polkadot doesn’t involve just one blockchain, it involves three. This is sometimes referred to as a multichain.

The next blockchains are called parachains. They utilise the technology and protocol of the relay chain but they don’t have to just use Polkadot in a transaction. Parachains can interact with external blockchains. They may also have their own custom features so they can act as a privacy chain, smart contract chain or high frequency chain. Parachains have the capacity to have their own parachains (which is called sharding). This means that a great number of transactions can take place without putting too much pressure or strain on the relay chain, making Polkadot impressively scalable.

The third and final blockchain are called bridges. Bridges are how Polkadot can interact with other cryptocurrencies to make sure the transactions are accurate and trouble-free. The ability to do this without a central exchange is a welcome upgrade for keen cryptocurrency traders.

When cryptocurrencies were first released, almost every single one operated a Proof of Work validation system (PoW). Now it is not quite so standardised. Polkadot’s relay chain operates a NPoS system which is a variation of the increasingly popular PoS system. PoS stands for Proof of Stake so NPoS stands for Nominated Proof of Stake. It involves 4 different roles that work together to ensure transactions are conducted smoothly. In order to perform any of these 4 roles, users must stake their DOT in a contract to ensure they carry out their roles professionally. The roles also make them eligible to earn DOT rewards for their services.

Validators: I’m sure it won’t come as a surprise to anyone, but just in case there’s any ambiguity, validators validate. They validate the data in the parachains. Simples.

Nominators: In a similar fashion, nominators nominate. They are responsible for selecting trusted validators in order to keep the relay chain safe and secure. They essentially stake their DOT in the capabilities of the validators.

Collators: You know the drill, Collators…. Collate! Collators store data from each and every parachain, they organise it in to blocks that can then be coordinated with the relay chain.

Fishermen: Fishermen… don’t fish unfortunately (maybe they do in their spare time but that’s a personal choice). Fishermen are there to monitor the entire network. If they see any bad behaviour then it is their responsibility to report it to validators.

As well as Polkadot’s multi-layered, complex blockchain, they also have an admirable governance system in place.

Governance has been a constant problem in the cryptocurrency world. The rise of the internet and even the rise of cryptocurrency itself has shown how quickly things change. However, changes in businesses are ordinarily conducted with purpose by a centralised body or person. That wouldn’t really fit cryptocurrency’s ethos of decentralisation though, would it?

Some cryptocurrencies struggled to find a way to get round the issues of governance, so they didn’t. They stayed the same. If they wanted to evolve or change then they had no choice but to create a new blockchain altogether, called a fork. This is what happened with Ethereum and Bitcoin.

To ensure Polkadot can develop their blockchain without centralisation, they’ve developed a sophisticated consensus system to instigate changes.

Anyone who possesses DOT can submit a proposal for changes they want to see on the Polkadot network. Similarly, if a user sees a proposal that they support, they can prove their support by depositing a number of tokens towards it. The proposals with the highest value of DOT deposited in them will then be put to a group of investors called the council. The council, who are nominated by other DOT users, have the authority to determine which changes are actioned on the Polkadot network. The council are also able to submit their own proposals. Those proposals require less votes to be approved than the proposals submitted by ordinary DOT holders.

There is also then a technical committee that can submit and pass urgent proposals to fix bugs or solve issues that stop the blockchain from performing effectively.

How to Buy Polkadot

Now that you know what Polkadot is and how it works, you might be inclined to dip your little toe in the water. Thankfully, we're here to help.

The below list outlines key factors which should influence your decision for a marketplace that suits your needs:

Cryptoradar helps you find a suitable marketplace, providing you a comprehensive yet compact overview of Polkadot exchanges. Make sure to use the filters on the left side of the website to narrow down your list based on your wants and needs.

After you made your decision for an exchange, it's time to sign up and buy Polkadot. The first step of this process is usually as easy as opening account on any other web platform. Simply enter your personal details to get started.

After registration, however, most exchanges will ask you to verify your identity to stay in compliance with anti-money-laundering regulations. You will either be asked to upload yout identity documents (e.g. a copy of your passport and a recent utility bill as proof of residence), or you will be asked to jump on a short video chat with a support agent.

Finally, your account is all set up and you're good to make your first purchase. Oftentimes, this is as easy as ordering takeout - simply enter your credit card details, select the amount of Polkadot you'd like to invest in and complete your order.

Polkadot clearly has a lot of potential. The only downside of such a new cryptocurrency is that there isn’t so much evidence of that potential materialising.

Polkadot’s developers claim that the currency is ‘forkless and future proof’. The network is designed
to be upgradable without the need for a ‘hard fork’ (where a new currency would be created
alongside the existing one). The network is effectively governed by its users, which means there’s
less chance of a single stakeholder taking the project in a direction contrary to the wishes of the
userbase. Polkadot also offers something unique, for which there is considerable demand – meaning
that there’s significant reason to be bullish when you invest in Polkadot.

Among the criticisms of mainstream cryptocurrency is their environmental impact – or more
specifically, the energy demanded by a proof-of-work mechanism. Polkadot dispenses with this in
favour of a proof-of-stake mechanism. This allows users to validate block transactions based on the
number of coins they have earned. If you own more coins, then you have more power to mine.

There’s no technical limit to the number of chains in a the Polkadot network, though it has yet to be
put under real strain. There’s no reason that the network can’t be connected to chains that are in
turn ‘mini Polkadots’, allowing for enormous amounts of interconnectivity.

Polkadot is a crypto protocol and network that links different blockchains and enables cross-blockchain transfers of any type of data or asset. For instance, with Polkadot you could send Ethereum to a friend who receives the equivalent amount of Tezos.

Polkadot sometimes is referred to as a ‘Ethereum killer’, largely owing to the role that Ethereum co-founder Gavin Wood has played in its development.

Some of the biggest names in crypto founded the technology, including the co-founder and CTO of
Ethereum, Gavin Wood. Consequently, it commands considerable respect and excitement among
those who know a thing or two about blockchains and their uses.