You want to buy Ethereum?

What is Ethereum? — Cryptoradar's Step-By-Step Guide 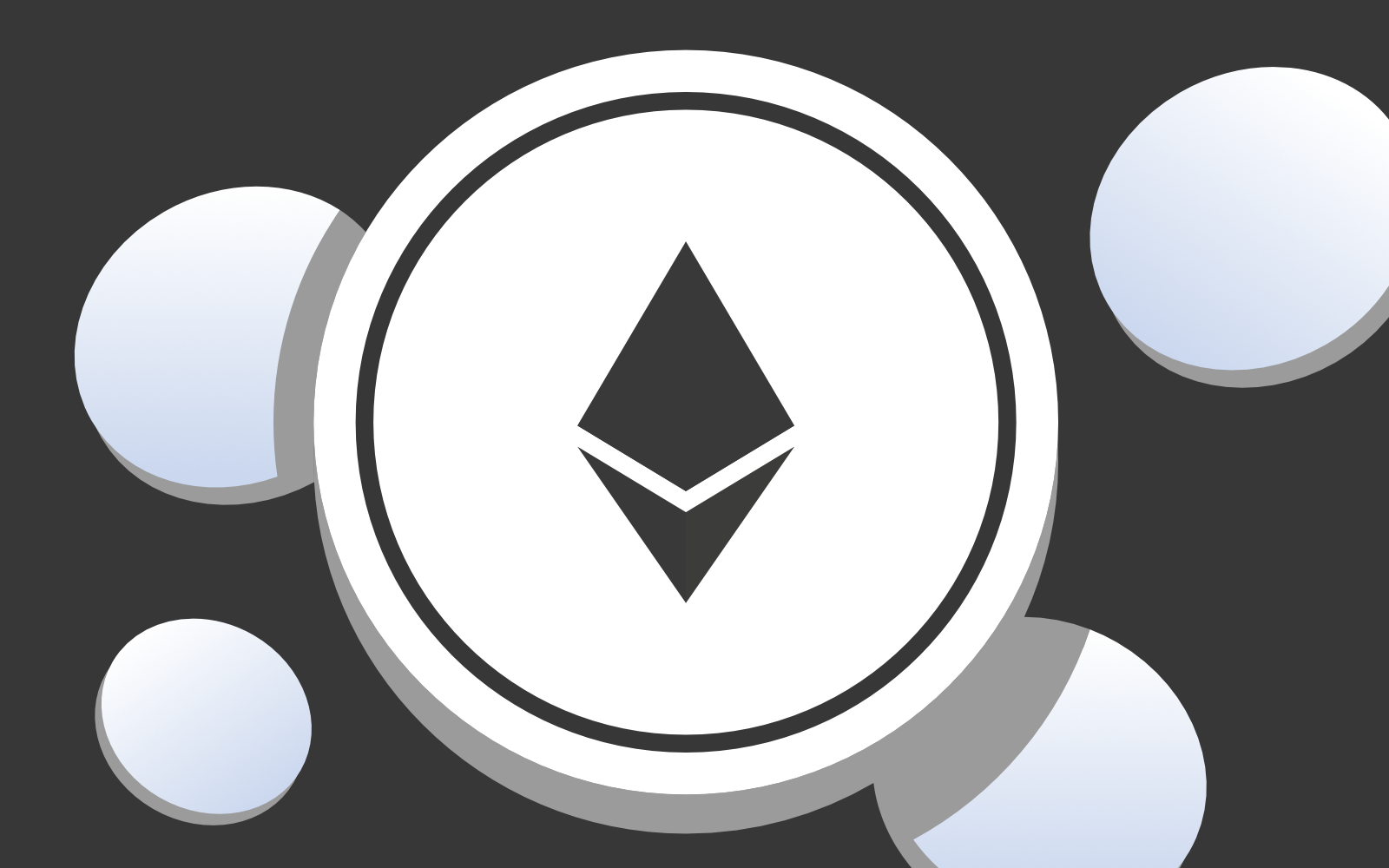 Ethereum is fundamentally similar to its inspirator, Bitcoin. They’re both cryptocurrencies, they’re both decentralised, they both use blockchain technology. But Ethereum’s creator, Vitalik Buterin, recognised an untapped potential in Bitcoin that he described in an interview with Business Insider as 'the difference between something like a pocket calculator and a smartphone'. While Bitcoin is mainly focussed on being a payments network and a store of value, Buterin pioneered decentralised content, and now, Ethereum has the potential to be as vast as the internet itself.

But negating the specialisms of Ethereum is sort of irrelevant for those who are already intimidated by the mere mention of the word, ‘cryptocurrency’, so let’s strip it back. We find comfort in money in its physical, tangible form. If it looks like money, smells like money, feels like money, it is most probably money. But it only holds value because it is instructed to. Money isn’t handled that much anymore. We liberally use credit cards; Apple Pay and the more mature, ‘seasoned’ of us may even still be using cheques. Essentially cryptocurrency is akin to these less physical forms of payment, except it is safer and more secure. In cryptocurrency, information is stored across thousands of encrypted nodes, making it almost impossible to hack.

With that knowledge comforting our reluctance to change, we can now delve into the benefits, potential and opportunities of Ethereum.

One of the key differences between Bitcoin and Ethereum is Ethereum’s use of ‘smart contracts’. Smart contracts are a computer code that outlines, monitors and manages certain conditions that must be met to facilitate a transaction.

‘You have my word’, ‘let’s shake on it’, ‘I swear on my mum’s life’. These are all examples of flimsy contracts we probably used when we were ten years old, all of them being easily retracted by claiming to have had your fingers crossed. Smart contracts don’t allow for such deceit. If a contract is fulfilled, then the transaction is automatically processed. All of this is done without needing a middle man to supervise or instigate. A common analogy is to think of it as a vending machine: only when the money is put in does the food come out. But fret not, while vending machines often require kicking, shaking and jiggling to retrieve your snack, smart contracts are much more reliable.

The benefit of smart contracts is that they eliminate the risk in Ethereum transactions, while still being cheap and easy. It’s riskless because transactions are witnessed by hundreds of people who validate the transactions' authenticity. Your documents are duplicated and displayed on a shared ledger so both parties are correctly informed and the information can’t be lost. The contract is yours rather than a (potentially biased) lawyer's. By cutting out the need for an intermediary, the process is cheaper but also even more reliable. Plus, rather than poring over pages of a contract littered with words we only pretend to understand, smart contracts don’t require manual processing, instead the process is automated by code.

While Bitcoin allows for the creation of smart contracts, Ethereum champions a robust and prominent smart contract framework that many cryptocurrencies have since recognised and adopted.

The scope of smart contracts could be incredible: It could revolutionise the mundanities of selling a house, eliminating the need for an estate agent; it could even confidently prevent votes and elections from being rigged or falsified.

DApps are why it would be rudimentary to describe Ethereum as just a competitor for Bitcoin. Both Ethereum and Bitcoin do use their own digital currency, however, Bitcoin typically only uses its data in a note capacity, whereas Ethereum can hold executable code. When it comes to Ethereum, a transaction doesn’t have to be financial, it can simply be anything that has value. The tokens that represent things with value that aren’t ETH (Ethereum’s currency, Ether) cannot be processed by Ethereum’s blockchain, they instead require a DApp. With its own coding language called Solidity (similar to Java Script), programmers have the potential to create Ethereum-powered apps that could eventually rival their centralised equivalents. This means our social media accounts, our legal tender bank accounts and our health records could be decentralised by Ethereum, keeping our data more ethically and logistically safe than the ones widely used today. These Ethereum apps are called DApps.

DApps require a smart contract back-end, but the front-end can have the user interface of a more traditional app. For developers, DApps are a playground. Because they are open source and depend on a peer-to-peer network, the codebase and data of each DApp should be available for scrutiny, and any changes must be agreed by the majority of the DApp’s users. This allows programmers to observe any market gaps or shortfalls of the DApps that are already out there. With widespread development, DApps evolve quickly, and all avenues of its potential are explored without censorship because it’s decentralised.

DApps might not yet have the style of their centralised rivals, but they are already more reliable. Because they are decentralised, DApps should never have downtime as they’re almost impossible to hack. This also means they don’t have to be so closely monitored for bugs, allowing developers to focus on developing.

With so many websites harvesting our data for marketing and fraudulent purposes, the idea of widely used, decentralised apps could change the game forever.

Crowdfunding sites and methods are thriving, and inside the cryptocurrency sphere, it is no different. This has led to the rise of ICOs, initial coin offerings, that allow users to invest in ideas for DApps that they believe in. As creating, running and maintaining DApps needs Ethereum gas, they can prove quite costly. DApp developers can publish a white paper so investors can feel confident in what, why and who they’re investing in.

If an investor is interested in a concept, they can pay the developer an amount of ETH in exchange for a token. The token is often shares, use of the DApp or other promotional offers that you may be able to sell for a higher price further down the line. This transaction, of course, takes place as part of a smart contract.

Like in the ‘real world’, crowdfunding allows young entrepreneurs and developers to launch their ideas. It gives them funding that enables the idea to be developed, but also gives an indicator of how the DApp will be received when it is released.

Part of what makes Ethereum so secure is the need for multi-node consensus to validate a transaction. For the transaction to be validated, complex equations (that can require a lot of computational power) must be solved, and then the majority of nodes must agree on their calculation. If it is correct, the computer that solved the equation receives a reward that is proportionate to the computer power (or Ethereum gas) that was required to solve it. This process is called Ethereum mining. It is named mining because the reward is new ether, like mining gold finds new money, but it is also a bit like policing because the process of validating transactions ensures there is no foul play or ‘double spending’.

Mining is particularly popular on Ethereum’s platform among developers, as that new ETH can fund future DApp development.

In another real-world-parallel, Ethereum is stored in something called a wallet. Sound familiar? But, luckily for us all, Ethereum wallets are much harder to lose or put through the washing machine!

Ethereum wallets don’t actually hold your ETH because, as you’ve hopefully gathered by now, the details of you ETH is stored across nodes in blockchains. Instead, your wallet is made up of a public key and a private key. The public key can be used by people who want to send you Ether, while the private key is only for you to use to agree on transactions and use your coins.

Wallets come in many different formats, each with their own advantages and disadvantages. Fundamentally, they can be broken down into two categories, hot wallets and cold wallets. Hot wallets store your personal and private key online so they can be accessed internationally and instantly. They could be stored on a centralised website, on a desktop or on a mobile. Although the immediacy and accessibility of a hot wallet is convenient, it does leave them vulnerable to cyber-attacks and hacks. Alternatively, you could opt for a cold wallet that stores your keys offline. This could be as straightforward as writing it on a piece of paper, putting the details in a safety deposit box, or storing it on hardware like a USB. While these are cyber-safe options, they can be lost or put through the washing machine, which could land you in a sticky situation.

Detailing the advantages and disadvantages of Ethereum is tricky, much trickier than it is for Bitcoin because Ethereum has such a diverse range of purposes beyond currency exchange. Ethereum never actually intended to compete with Bitcoin as they have vastly different aims, but Ether's popularity with traders has made it a key competitor.

Ethereum has an incredibly exciting, up-and-coming scalability, offering unrivalled opportunities for developers and entrepreneurs alike. However, for DApp users, the applications aren’t particularly attractive or accessible yet, but neither was the internet thirty years ago. When you comprehend the enormity of what Ethereum is creating (dubbed Web 3.0), it is totally understandable for the finetuning to take time. In the meantime, it gives developers a chance to polish their skills and develop something that could very well end up being the next Facebook.

As we become increasingly aware of how our data is being exploited on centralised apps, the desire for decentralised platforms is growing exponentially. Ethereum could give us an uncensored, liberated internet that is collaborative rather than hierarchal. We might even see this decentralisation translate into business structures and government. In short, it could change the world.

How to Buy Ethereum

So, as you’ve probably gauged by now, Ethereum is incredibly exciting. To avoid that FOMO feeling now is the time to invest.

Like stock exchanges, you can buy Ethereum on exchanges that are accessible all day, every day. However, while Ethereum is one of the most secure ways of storing currency, buying the currency isn’t quite so safe and incorruptible. Some exchanges are totally fraudulent, while others are tricky to use and navigate. Some charge a high fee for only poor service, while others charge a minimal fee for top-notch service. It’s so important to be clued up on the different exchanges and deals that are out there.

But there are a lot of Ethereum exchanges, so trawling through each one to find the best, most comprehensive deal is tiresome. By using cryptocurrency comparison sites like Cryptoradar, you can easily compare all the best deals, sift out the exchanges that don’t suit your criteria and make sure you feel totally confident in your investment.

Then, the cryptocurrency-world is your oyster.

Ethereum (ETH) is a digital currency and a system that enables the creation, management, and execution of decentralized programs (DApps) through the use of blockchain. Read our guide on Ethereum to learn more about it.

Ethereum 2.0 is an upgrade to the already-existing Ethereum blockchain, which introduced a number of enhancements to the network. These changes increase the speed and efficiency of processing, ultimately scaling the number of transactions able to be carried out on the network.

Ethereum wants to become the world's super computer. Therefore, the Ethereum network primarily provides payments for digital services, such as computing power or storage space, rather than payments for consumer goods. Nevertheless, some online stores also offer Ethereum as a means of payment.