The role of women in the progress of humanity as a whole is undeniable. Therefore, International Women's Day on March 8 every year celebrates the spirit of femininity in various socio-economic, cultural, and political achievements. We've taken a look at the women who shape the crypto industry. 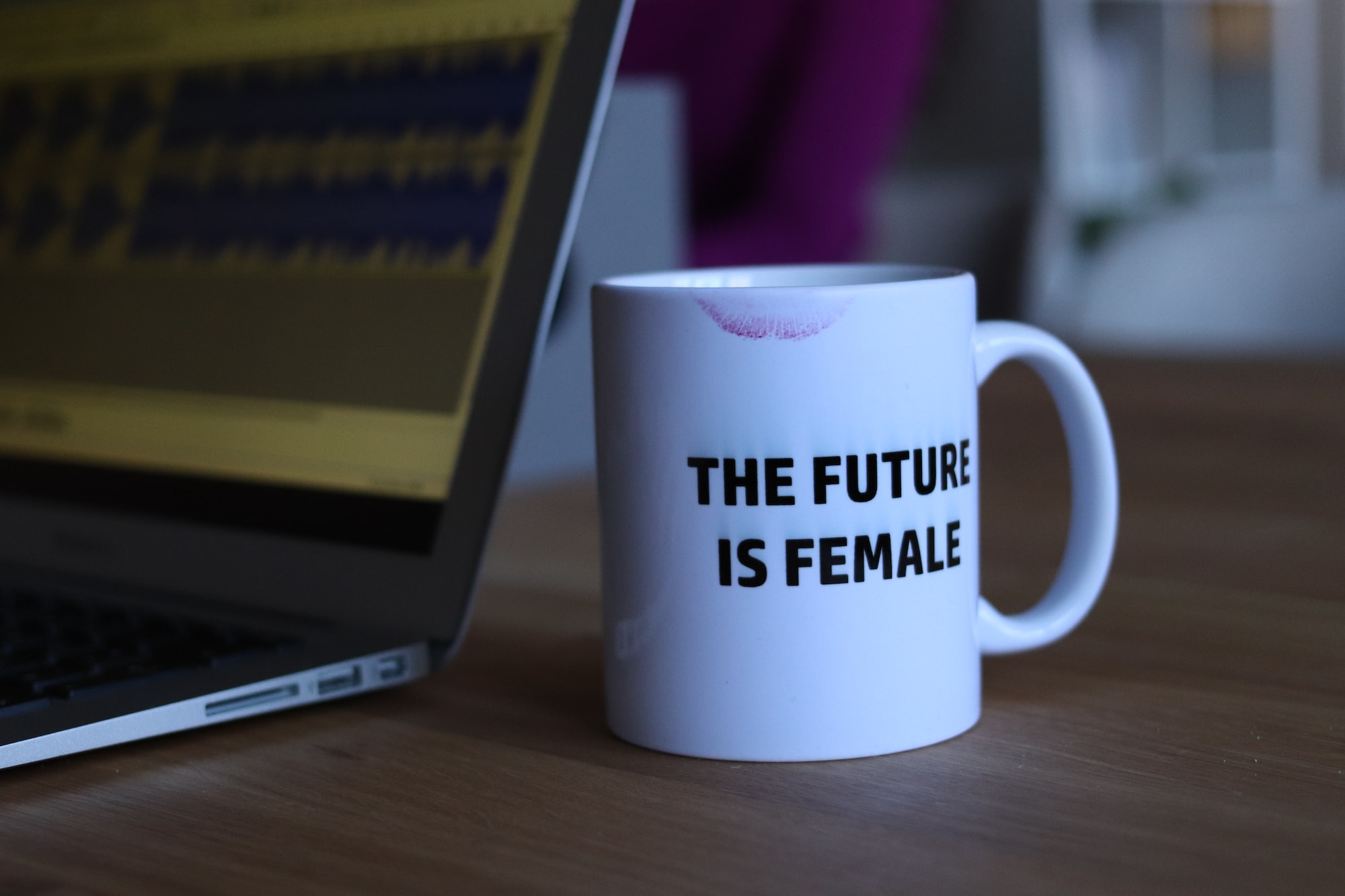 Let me ask you a question, how many women do you think own crypto assets?

If you’re in a thinking gesture, here’s a fact. Only 24% of women own Crypto which means the rest are either not aware of it or hesitate to buy one.

Women have been underrepresented in the tech space in general.  The world of crypto, blockchain and NFTs also doesn't see a lot of them. Females are hustling to break the old barrier. They are investors, traders, analysts, developers, and journalists — all in the male-driven industry.

Today, leading the blockchain realm to greater heights, women cleared the myth by transforming their role as avid investors in the crypto market. According to a BockFi survey, 33% of women are planning to get their hands on cryptocurrency this year.

Women have come a long way in the past decade, having a strong technological influence on people. Let’s drive you to some points on why and how women are filling the gender pitfall in the tech space.

Let's discuss some points on the role of women in the crypto industry and why they are important for the fair future. Women can be idols for the particular skill set which can lead the industry in a positive direction at a higher pace.

The low number of females - only 7% - investing in crypto shows the gender disparity in the industry. Women are biologically more risk-averse as they tend to stay away from volatile markets.

The scenario is changing with a steady rise in women investors entering the field. The number of women in Blockchain and cryptocurrency has increased from 8% to 12% in the last two years. Women use their talent to open up the space and empower the team, company, and society as a whole.

As Thao Trang of Binance Vietnam puts it:

“Maintaining gender equality leads to not only a balanced working environment for employees but also to diversify professional skills, creative thinking and problem-solving capabilities for businesses”

The empowerment of women in the investment space directly helps in uplifting the wealth of the industry.

Women who make their space in men-driven industries are drawing others to secure their careers as well. Leaders with splendid experience in blockchain are helping others by forming communities to network and share ideas.

Industry experts say the majority of women don't invest due to a lack of knowledge and guidance. So a community named Global Women in Blockchain was created with a mission to bring all resources for women under one umbrella. Crypto communities organize meetings to teach women crypto trading and blockchain investment.

Such communities are mainly owned by experienced female investors or by male founders with a vision to uplift women with their expertise.

Using a creative approach to enter the space

Blockchain is going to be the future and the root of innovation. NFT or Non-Fungible Token is driven with none other than blockchain. It is a creative space to invest and become financially independent.

NFTs encourage female artists to create their unique assets and generate wealth. It influences women to invest in any art they are passionate about.

The blockchain market is dominated by male founders and only 17.7% of startups have a woman on the founding team. The percentage has increased from 8.5% in 2018 which shows that the gender gap is reducing at a good pace.

Having a female entrepreneur in the founding team can be highly valuable, as it can improve the diversity of thoughts in the company.

The number of female blockchain and crypto writers is increasing. Women are leveraging social media to educate themselves and others, and form communities.

Some of the most renowned crypto influencers are Laura Shin, Tiffany Hayden, Crypto Wendy, Emmanuelle Gane. The list goes on. These women have gained immense praise for their contribution to empowering future investors.

It's worth celebrating each women’s efforts to empower them. We’ve looked at 10 noteworthy women in crypto which we want to showcase to raise awareness. They are listed in no particular order.

Elizabeth is a co-founder of Lightning Labs, building a programmable financial layer for the internet with fast, scalable bitcoin transactions. Besides, she’s an active member of Coin Center, the leading non-profit research and advocacy center focused on the public policy issues facing cryptocurrencies like Bitcoin and Ethereum.

Elizabeth is a former professor at Stanford and Yale and an active participant in the global free cultural movement. She taught open source software, privacy, and peer-to-peer technology. Recently produced the inaugural Open Video Conference in NYC, garnering nearly 9000 participants on leveraging the best use of technology.

Laura is one of the most influential women in crypto. Born in Ohio in 1975, she received her education at Stanford University. In 2008, Shin graduated from Colombia’s School of Journalism with a Master’s degree. She has then worked for major news outlets such as The New York Times, The Wall Street Journal, and Forbes.

While working at Forbes, she became the first mainstream journalist to cover cryptocurrencies full-time. In 2016, she even received the Blockchain Award for Most Insightful Journalist. Laura is now a crypto-journalist and the host of the Unchained podcast and author of The Cryptopians: Idealism, Greed, Lies, and the Making of the First Big Cryptocurrency Craze.

Galia is a co-founder of Bancor. This cryptocurrency conversion company has raised over $153 million through ICO. Galia has also worked on two startups named Mytopia and Particle Code.

Galia Benartzi ran many local cryptocurrency pilots. One saw 40,000 mothers trade $24 million in "hearts" for services and goods. Before launching Bancor, Benartzi did her due diligence on cryptocurrency. She created her own crypto marketplace and gave the name “hearts” to her tokens. Only Israeli mothers can use these tokens.

She believes everyone should have the mentality to be bold and question everything. This creates a place for invention in the mind. Galia inspires females to choose leadership roles with confidence.

Olayinka is the first name to look back on when talking about Blockchain. She’s the founder of the Black Women Blockchain Council. There’s an interesting story that originated from the Miami conference in 2018. Out of 88 speakers at the event, only 3 were female. It disappointed Olayinka.

She realized the need to have a women-dominated community in the Blockchain market. Her vision is to make sure no one is left behind in the upcoming era of transformation.

The organization provides educational events, resources to train Black women in the technological understanding of the distributed ledger technology, and promote Black women-led blockchain projects. It encourages women to become blockchain developers and lead their careers in the tech world.

Maliha Abidi is a Pakistani-American artist and founder of Women Rise NFT and The Story of Mental Health. She’s the icon of art and crypto with the purpose to spread awareness about the importance of mental health.

Her NFT project, Women Rise is a collection of 10,000 NFTs celebrating and representing female artists, scientists, coders, and more. It is all about women's empowerment through education. She believes that NFT will change the lives of women and give them financial independence.

Maliha is well known for creating art in Social Justice by combining art and activism. She is passionate about digging new versions of art and leveraging their potential to bring an impact in digital space.

The 21st Century Digital Girl, Kristina is the CEO of Nuri (Bitwala), a blockchain banking service. Her energy and leadership inspire every member of Bitwala to contribute their best in offering services.

She has mentored Europe’s two successful companies, N26 and Zalando through a strong scaling phase. She draws her passion to solve problems through technology and says, “I learned that it’s not about the technology itself, rather than we use tech to solve problems; tech should be an enabler but not a driver”.

During her experience, she observed the fear and concerns that stop people from making financial decisions. She focused on the needs, worries, and pains people have when it comes to putting money aside, saving, or investing. Her dedication to bringing easiness to the market is widely praised.

Aprilynne is the founder of Tenderfoot.io. It connects college students with startups to provide the best value through internships. She not only helps students but also the newbies in the NFT space. Aprilynne is a creator of the NFT project TwitterBanners, a collection of artwork designed for Twitter Banners.

What inspires us most about her is that she built the collection in public and had enough courage to admit that it didn’t turn out as she expected. Aprilynne then took this as a learning and sharing opportunity and started her Youtube channel. She creates videos that demystify NFTs, Web3, and Crypto. This allowed her to create an active community of 17.8K subscribers in a short amount of time.

Lana Denina is a Montreal-based painter of Beninese and French origin. She’s a 24 years old young artist known for her exemplary milestone of hitting $3,00,000 through NFT in just 10 months.

Denina was instantly impressed with the technology and its ability to act as a vehicle for proof of ownership for artists. She says, “I hope to inspire more creatives who look like me to step a foot into tech”.

Her NFT collection called TheMonaLana includes 500 unique portraits of women. Each portrait is code-generated with 112 different traits. She’s a dedicated inspiration for those who want to make their living with digital art in the future.

Linda Xie is the co-founder and Managing Director of a crypto-asset investment firm, Scalar Capital. She is also an advisor of 0x — a decentralized exchange on Ethereum.

Linda is a big advocate of attracting more women to the crypto space. She writes in a very easy-to-understand manner. This allows her followers to understand how different crypto assets and investments work.

Besides that, she has good hands-on arts and her collection depicts her talent. Linda is very active on her social channels by spreading awareness in the crypto space.

Yang, also known as Pplpleasr1, is a rising star of the world of NFTs. She recently sold her works for more than $1.2 million, donated all to charity, and made the Forbes 30 "Under 30 2022" list.

You might know her for her project Shibuya, “a Web 3 experiment where long-form content is free to watch but monetized on the blockchain to allow viewer participation in the creative process and also shared ownership.” Shibuya crowdfunds production of long-form visual content by selling NFTs called “producer passes”. These passes allow their holders to participate in creating and shaping the stories by voting.

White rabbit, ​​a 48-second animated story is available on Shibuya right now. Will Emily’s brainchild turn into a full-scale Decentralized Hollywood? We will see.

The crypto industry is flourishing like fire in the tech-driven world. So does the role of women in securing their space. The above names are just the tip of the iceberg. The world is filled with such inspiring personalities that bring an impact on the digital world.

Hope we gave you a clear insight into the role of women in shaping the tech space and ensuring the equal representation of everyone. Irrespective of their gender and socio-economic background.

International Women’s Day is celebrated each year on March 8th. Here’s our small contribution to all the women out there hustling to bring crypto forward.